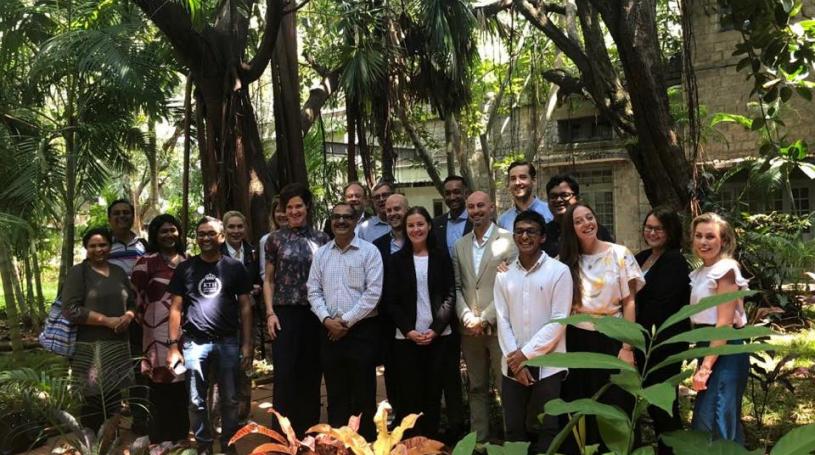 Between October 4 -11, we arranged for a tech-eco-system delegation to Bengaluru and Mumbai. As someone in the delegation pointed out: “We could be sitting in Silicon Valley or in Silicon Valhalla.” The delegation consisted, among others, of the Royal Institute of Technology, Invest Stockholm, Swedish Space Corporation, Saab Innovation, start-up Brandie, Indpro, Journalist Kina Zeidler, Swedish Energy Agency, and was led by our newly appointed Senior Executive Advisor, Anna Kinberg Batra. Given her background and understanding of technology start-ups, we made a great impression in India. But moreover, and more importantly, the purpose was to have a change of mind-set for our delegation of how far the start-up industry in India has come today, and in some areas, it’s in a galaxy far, far away, literally. We met two space start-ups at the Indian Institute of Science – Innovation lab (incubator) in Bengaluru, who presented two different cases, both with the requirement of the 10x factor, which means that the final product has to be produced at one tenth of the cost to other competing products. One solution offered mobile broadband via satellite on the 60GHz bandwidth, which means that its complementary to existing solutions as its only for open air usage, i.e. the target audience is in emerging markets mainly. The other company was revolutionising propulsion in Space, going electric, and that’s when I and I am sure some of the others in the delegation realised we had to have a serious science degree to have a conversation with these young guys. We were simple all blown away. And, these were just two of all the amazing companies we met at our various visits to incubators and technology hubs.

I asked one of the FinTech companies we visited how the market would have looked like for digital payments if demonitization had not happened; “There would be no digital payment market for years then” he said. It’s clear that the effect of demonitization has had an enormous impact on this industry, thus also impacting the life of the poorest and also the empowerment of poor women, who can now control their money having their own bank accounts. Like in most places where start-ups are a reaction to a need, there is no difference in India. Most start-ups are based on necessity, but at this technological level, they are even more so for the general public. After demonitization a whole eco-system of FinTech companies popped up making the Indian market one of the most interesting digital payment markets in the world, especially given the share volume of transactions that can, and will be produced, per minute very soon.

Another purpose of the delegation was to see how we could now support the Swedish tech startup system to go international easier, faster, and cheaper via India. How is that possible you ask given that India is still low on the World Bank’s Ease of Doing Business index (ranked 100). There are few instances where you can use a similar strategy in the US and India, but in this case it is not a bad comparison. Swedish software tech firms have the opportunity to gain a huge market by using their traditional US strategy, namely to start their international expansion in a large cohesive market with one language, one currency and where the need is big. The US market now is a very competitive market for tech firms, while the Indian market offers a similarity, but has the entire growth curve still ahead of them. There is so much support for start-ups in India as well. We are therefore founding the Sweden-India Tech Community, SITEC, under our management but in close cooperation with the tech eco-system Sweden provides.